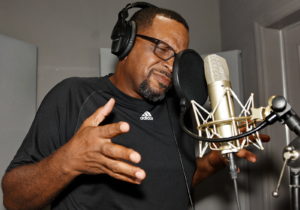 Campbell first rose to national prominence when, as a member of controversial group 2 Live Crew, he took on the United States Supreme Court to protect freedom of speech as it pertains to the creation of parodies in recorded material. In addition, Campbell’s fight for creative license forced the recording industry to take responsibility for providing “parental advisory” warnings on music, rather than expecting artists to censor themselves. Luther Campbell also holds the distinction of being the first Southern rapper to appear on Billboard’s Pop charts; being included in the Rock and Roll Hall of Fame’s “Hip-Hop Nation: Roots, Rhymes and Rage” exhibit; and being the first urban music executive to launch a truly independent record label, with all aspects from production to distribution handled in house. Prior to launching the Luke Recordings in 2018, Campbell had already parlayed his musical legacy into a career as a businessman, community leader, author, television personality, drawing most headlines these days for his philanthropic endeavors and political activism. Campbell is currently a sports radio host on iHeart Radio and long-time columnist for the Miami New Times. He is also the executive producer and creator of the 2018 Starz docuseries, “Warriors of Liberty City,” a spin-off of the Sports Emmy Award nominated documentary “Liberty City Warriors” on Viceland. Luther Campbell is also currently producing several film and television projects, including a biopic on his life in partnership with Lionsgate.